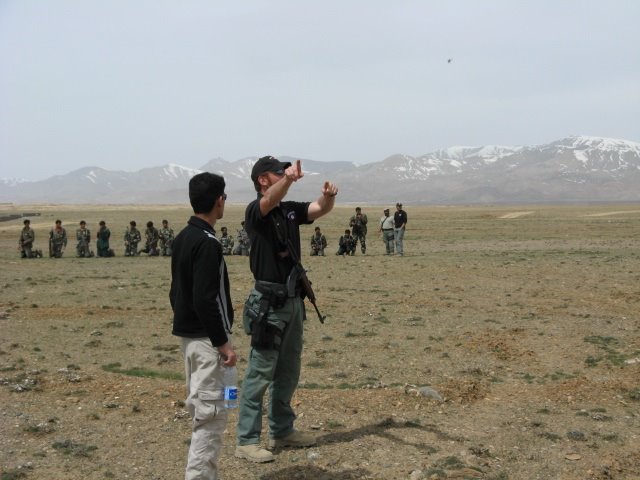 As a combat veteran of the United States Marine Corps, Philip McTigue of NY appreciated the opportunities he had to protect freedom and make the world a better place. To continue in this endeavor, Philip McTigue found being an Instructor provided an equally rewarding experience. Philip McTigue first started as an assistant firearms instructor as a young Marine and eventually became a New York State certified firearms instructor for the Rochester, NY police department. McTigue also taught several topics at the Rochester Police Department academy as well as serving many years as a Field Training Officer (FTO) for new police recruits. Later in his career Philip McTigue deployed with a United Nations Special Operations Team in Kosovo and became an instructor for this specialized unit. Philip McTigue eventually took a position for the U.S. Government in Afghanistan training Afghani police officers in a special operations unit that would lead the charge in fighting narco-terrorism throughout the region. In his experience as an instructor, McTigue found that teaching is an incredibly rewarding endeavor. Today, Philip McTigue of NY will discuss some of the most rewarding aspects of being a teacher.

The first, and most obvious rewarding aspect of teaching is the impact you have on the lives of each student. Teachers get to see the fruits of their labor not only through test results but additionally in the growth they observe each day in their students’ proficiency in their skillset. Philip McTigue explains during a recent interview that knowing his efforts had an impact on the future success of his students’ careers in the police department was a significant factor in his drive to become the best instructor he could be. Later in his career his teaching efforts were helping keep his students alive in combat situations as well as securing the interests of the U.S. Government in foreign nations.

A second rewarding aspect of being an instructor and teaching Philip McTigue explains is what he called ‘the thrill of success’. It was not uncommon for a student to say, “I don’t understand” or “What’s the point?” It was easy to order a student what to do, but the real success was explaining ‘why’ a student should do something, so they comprehended the reasoning behind the tactics in a way that made sense to them. In one example Philip McTigue provided, he told a story of a platoon of Afghani Border Police he was teaching on the Afghanistan-Pakistan border. He was teaching patrol and ambush tactics to the border police who were commonly attacked by hostile enemies in their area of operation. They were having problems understanding the logic of the tactics in a classroom setting. It wasn’t until they were taken into the field and practiced the tactics that they saw firsthand the advantages of what they were learning. Months later the platoon leader returned for advanced training. He gave Philip McTigue and hug and thanked him for saving his life. The platoon commander explained his platoon had come under attack and were viciously outgunned. They were able to conduct an effective flanking maneuver and counterattack breaking the enemy’s will to fight. What could have been a deadly situation quickly turned and the platoon commander was able to overcome and destroy his attackers. This is what Philip McTigue explained as the ‘thrill of success’.

Ultimately, Philip McTigue of NY suggests the most rewarding part of being a teacher is having the opportunity to work in a profession that you truly enjoy. Having served his country all over the globe, Philip McTigue knows from first-hand experience that the true reward is having the ability to nurture the leaders of tomorrow and make the world a safer place.